Home health kits: on the pulse of medical tech 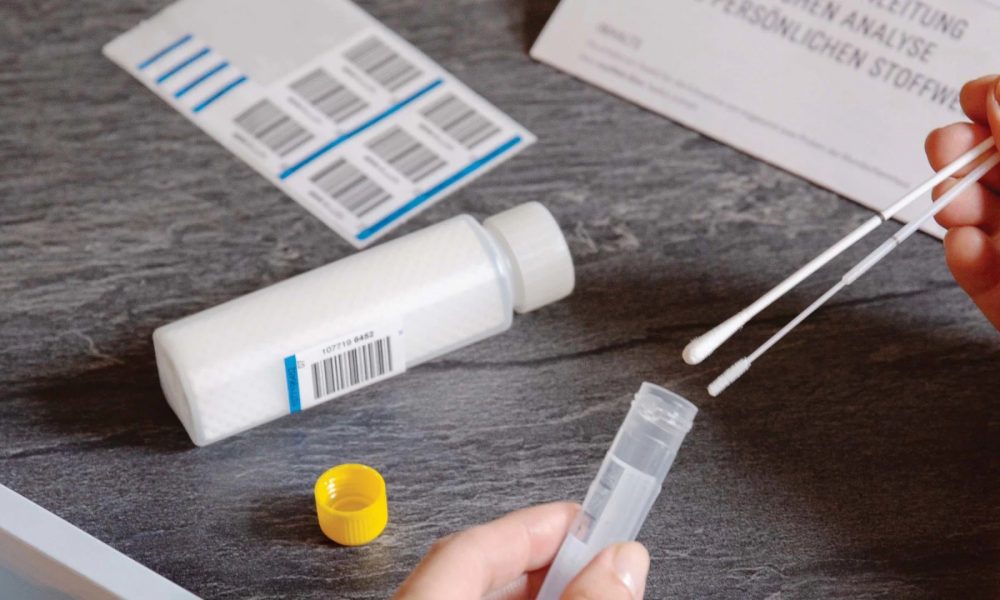 Until a few years ago, home health kits used to be treated as a novelty. DNA testing brand 23andMe gained huge popularity with its kits, but the vast majority of other at-home health testing products were seen as fun experiments rather than serious diagnostic tools. The rise and fall of Theranos – a health tech company touted as a revolution in blood testing before its claims were proven to be false – had made investors and consumers more skeptical than ever of direct-to-consumer health innovations.

Most people still preferred to see a physical doctor when it came to their primary care. As recently as 2019, just 11% of patients in the US reported using telemedicine, according to a study by management consulting firm McKinsey.

Put simply, home health kits were having a rough time. But the fate of the industry was flipped when the Covid pandemic came along. Suddenly, as the option to see doctors in person became more difficult, or even impossible, patients were encouraged to accept virtual appointments. By 2020, nearly half of Americans had used telemedicine. Levels of consumer comfort around, and knowledge of, home kits reached heights that would have been impossible if Covid-19 testing hadn’t become so routine.

‘If you’d asked me two years ago whether large parts of the population would regularly swab their noses and discuss specificity and sensitivity of PCR tests, I would’ve said you were crazy,’ says Collette Johnson, head of marketing at London-based diagnostics developer Sanome. ‘The pandemic has shown that people want at-home tests, and healthcare systems need at-home tests.’

These kits not only filled a vital gap when in-person testing was impacted – they also introduced people to a wide variety of other wellness tests that already existed. Demand for kits from LetsGetChecked (which offers more than 30 types of at-home tests, ranging from vitamin deficiency to liver health and bowel cancer screening) grew 880% between 2019 and 2020. More specialist home health-kit brands, focusing on things like urinary tract infections or hot health topics such as gut microbiome, found a more curious audience, too.

Investors took note, pouring $4.8 billion into health diagnostics in 2020 – the highest amount ever and $1 billion more than the year before. It’s expected this boom is likely to continue, hitting $8 billion globally by 2028, according to forecaster Data Bridge Market Research. While much of this growth is down to US brands, there’s also been a surge of interest around the world. Japan, with its aging population and a traditional concern about health matters, is expected to have a health test-kit market worth more than $4 billion by 2024, with companies such as genetics specialist Genesis Healthcare leading the way. Germany has also seen a sharp rise in demand for home diagnostics, with regulations easing and brands like Inne providing easy-to-use test kits for common concerns and issues, such as fertility monitoring. 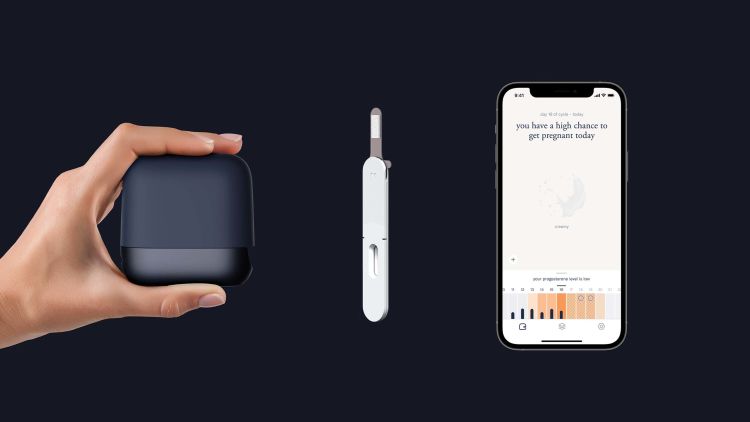 But times are changing once again. Brands may have captured consumers during this unique window of opportunity to create at-home health habits, but will people be as keen to keep testing themselves when in-person medical visits no longer pose a risk?

In the US – the largest market for at-home tests, valued at more than $3 billion – healthcare costs have risen almost twice as fast as wages over the past 10 years. Because of the country’s patchwork private insurance market, the price for a test ordered by a doctor can vary, whereas most home tests offer upfront pricing, meaning no surprise bills – a study by the Federal Reserve showed that nearly half of all Americans wouldn’t be able to cover a surprise $400 expense.

It’s not just about costs, though. Across the world, there’s been an enormous shift in attitudes to healthcare over the past decade. As they’ve gained greater access to their own health data through mobile phone apps and wearable technologies, people have become more proactive, rather than reactive, about their health and wellbeing.

Above all, at-home health kits are just easier. Going to the doctor, then having to make further appointments and perhaps even going to another office to get a test done seems like such a hassle in the era of two-hour deliveries and 10-minute grocery drop-offs, points out Philip Fung, founder and CEO of Kit, which provides unbranded diagnostic tests to insurers and telehealth companies. ‘Amazon – and online shopping more broadly – has also changed people’s expectations, even when it comes to healthcare experiences like lab testing,’ says Philip.

With the huge range of at-home tests now available, the market has grown beyond people who are simply interested in discovering their ancestry or those seeking routine tests in between visits to the doctor. New businesses entering the market are broadly going after one of two types of customer: the patient – who currently feels under-served by medical services; and the optimizer – who wants to use data to improve their health and wellbeing.

Hypothyroidism, a chronic condition affecting more than 10 million people in the US, means your thyroid gland doesn’t produce enough key hormones. The symptoms, such as fatigue and depression, are pretty common, which makes diagnosis difficult. But patients can have a good quality of life if properly treated. Marina Tarasova’s personal and professional experience of thyroid problems inspired her to co-found Paloma Health, which offers patients a $99 finger-prick blood test that measures four common biomarkers (two more are available at extra cost) and gives results that are analyzed by an approved lab and thyroid specialists within days. It also offers video consultations to give advice on managing the condition, and refill prescriptions.

This is just one of a range of at-home kits targeted at specific medical conditions that are typically badly served by standard health services, such as polycystic ovary syndrome (PCOS) and sleep apnea. Approved tests for these conditions may have been available for years, but previously patients lacked a user-friendly route to access them. 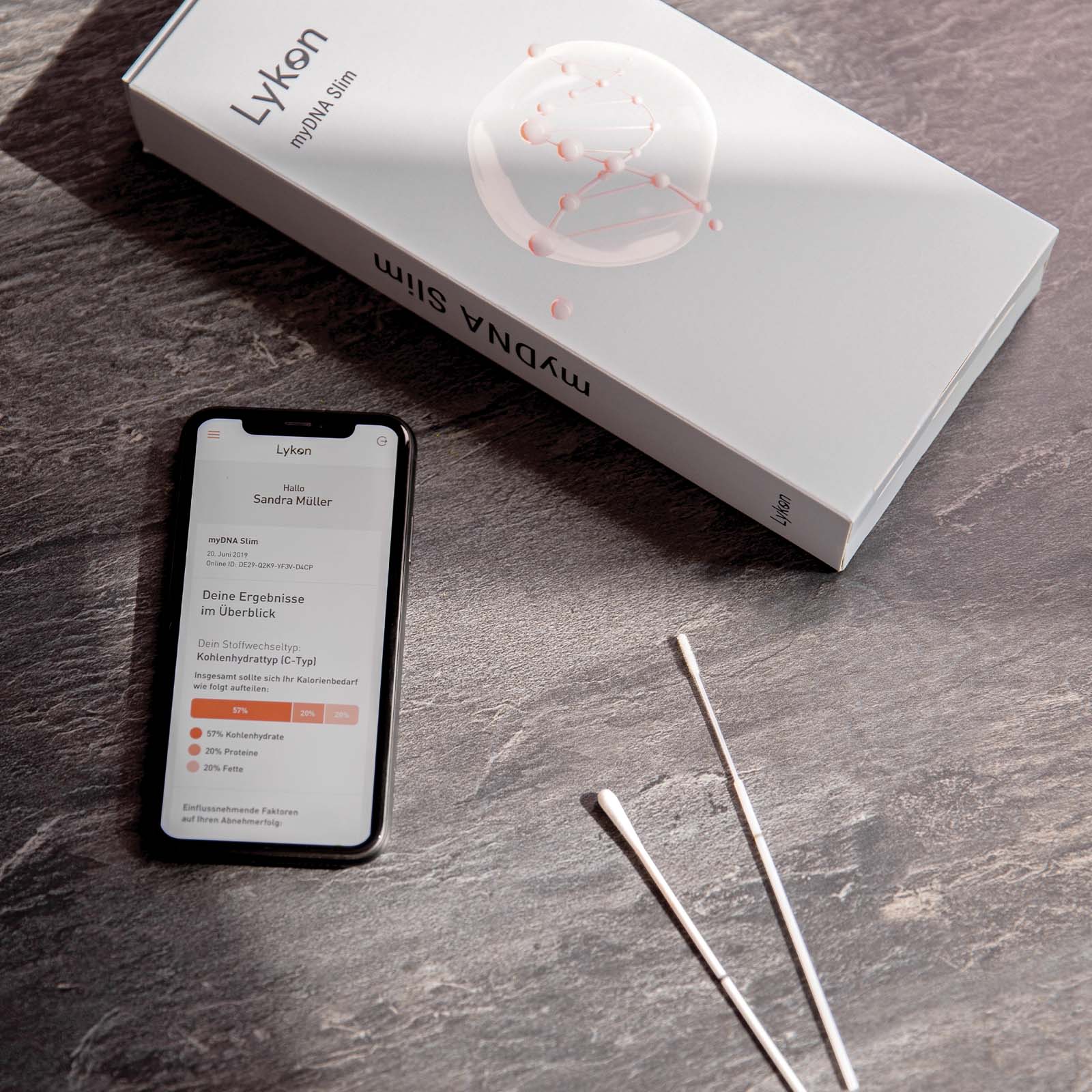 Having a specific medical condition isn’t the only reason someone might be interested in at-home testing. Increasingly, people are seeking out deeper data to help them hit their goals. That’s where wellness-focused at-home health kits come in. These are less about diagnosing a specific condition and more about measuring the things that help people feel better.

‘There are a lot of people who are into wellness. They want to hit these different goals and feel better,’ says Alicia Munian, senior marketing specialist at tracker company Vessel Health. ‘Like the biohacking community, they just want to understand their body in so many different ways and optimize it.’

Unlike patient-focused kits, wellness-oriented kits tend to use ongoing low-cost testing methods for quick, personalized feedback. Vessel’s nutritionist-developed tests aren’t sent to a lab, for example. Instead, users urinate on the test strip, wait a few minutes, then scan the test’s QR code. The app then shows their results and makes diet or activity recommendations. Users get four test strips per month with a monthly membership fee, allowing them to track changes over time.

Some startups are betting that people will pay more for even more granular data, especially if it means access to monitoring that can prevent health problems using tech that’s usually out of reach. Metabolism-wellness company Levels uses continuous glucose monitors (CGMs) to track how diet and activity can boost or bomb your blood sugar. These highly individual reactions can have long-term health implications, even possibly leading to cancer and cognitive decline.

CGMs are prescription-only in the US and can be difficult to get. Through Levels, patients can be prescribed a CGM remotely, then have their blood sugar monitored for a year, for $199. The company is aiming at a premium market initially, citing early interest from professional athletes, but believes the technology will get cheaper as it becomes more widely used. Dr Casey Means, Levels’ chief medical officer and co-founder, believes it could even pressure the food industry to get healthier if people choose the food that’s best for their metabolism. ‘It’s very possible that in a few years it will seem outdated to eat a diet that you haven’t optimized and vetted through the lens of biosensor data.’

Fertility conversations have long centered on women, but finally that’s shifting. The fertility clinic experience has changed little in the past few decades, requiring men to go into a clinic, answer personal questions in earshot of other patients and quickly produce a sample. At best, it’s an awkward encounter and, at worst, can bring up feelings of shame that can hamper a vital health discussion.

One in seven couples have difficulty conceiving and, in half of those cases, this is due to male infertility. Sperm counts have been decreasing due to environmental factors and the fact that the average age at which men become fathers has been steadily increasing – sperm counts reduce with age. Egg freezing became more common as an employee benefit throughout the 2010s, and now business owners believe sperm freezing will follow suit. Khaled Kteily, founder of digital male fertility clinic Legacy, has already seen this happen: ‘We work with almost all major employers at this point… including Facebook, Google and all of the major tech players.’

Previously, men had to go into clinics because semen samples aren’t viable for testing after one hour. However, existing technology is now being repurposed: Legacy uses a sperm preservative that was previously mainly used for transporting horse semen. This is particularly important in places where accessibility is a problem: Sydney-based male fertility startup Sapyen has introduced a stabilization medium that extends the shelf life of sperm samples to two days, which is key given that Australian consumers are, on average, 89 minutes away from a pathology center. Dadi, Numan and Fellow are other brands to watch in this space.

Science-backed beauty brands have been on the rise as an increasingly savvy skincare consumer is seeking high-tech, well-researched products. At-home health kits that go further than skin deep with data could usher in the next era of personalized skincare. Singapore-based Sequential Skin has created health kits that look at genes and the skin microbiome, examining aspects like hydration and sensitivity to provide personalized product recommendations.

From streaming and podcasts to surround-sound speakers and increasingly powerful ear buds, we’re in the era of audio – and our hearing is hurting for it. One in four Americans shows signs of noise-induced hearing loss. But now there’s an opportunity for personalized – and healthier – volume control. Berlin-based Mimi Hearing Technologies has developed a hearing test that creates an individual sound profile and has partnered with audio brands Skullcandy, Cleer and Beyerdynamic to integrate the tech.